Effective Use of Motions In Limine and Trial Briefs 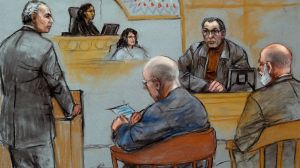 I’ve written before about the wisdom, in the context of a jury trial, of obtaining pretrial orders by the judge excluding or significantly limiting certain items of evidence you anticipate will be offered by your opponent. The typical vehicle for obtaining this relief in American courts is by filing a motion in limine. This term is derived from Latin, and means “at the threshold.”

Why do courts entertain such motions? If one party attempts to introduce objectionable evidence, whether by an examination question or offering an exhibit, in front of the jury, it may be impossible to “unring the bell,” or make the event 100% harmless, for two reasons.

First, if the question or exhibit is damaging enough that the jury gets the gist of its import before the judge  sustains your objection, the practical effect is little different than if the evidence had come in without objection. (Worse, in some ways, if you recognize that the objection itself may “wake up” jurors and alert them that what they’re about to hear–or not hear–is important.)

The second, more subtle reason, which I’ve previously described, is the assumption on the part of jurors whenever they hear you object, particularly if it is sustained, that you are trying to hide something from them–probably the truth. As I’ve said, this can garner juror resentment.

Motions in limine are great fun to write if you are an associate. I say this only partly in jest because they actually can be both interesting and game-changing, if done well. Plus they help young lawyers learn to use and argue the rules of evidence in a way you never learn them in law school or when studying for the bar.

Now, if we take this kind of pretrial strategic thinking to a higher level, there are even more subtle considerations to consider and decisions to decide. One involves comparing a motion in limine with a different kind of document called a trial brief. A trial brief is often a concise memorandum of points and authorities that delineate an important narrow issue and identify and apply authorities to persuade (under the guise of education) the court to adopt your favored position. It is also common for parties to file a single trial brief, which provides the court with a roadmap of all of the issues, the expected evidence, and how they should be decided. I’m referring in this post to the kind of brief that addresses only a discrete issue or cluster of issues.

In general, motions in limine focus on evidentiary issues and trial briefs on issues of law, such as how the jury should ultimately be instructed. But the difference isn’t always clear. For example, if you expect a massive argument over a specific jury instruction, it might be appropriate to separately file a trial brief to persuade the judge that only your instruction is appropriate. But this debate can also give rise to evidentiary issues. If certain areas of inquiry would be irrelevant or inappropriate if the judge ultimately sides with the position in your trial brief, it may be wise to also file a motion in limine to urge the court to limit potential unwanted or damaging evidence.

Finally, the timing of trial briefs is another consideration. They can be filed before trial, along with any motions in limine, or you can prepare and hold–do not file–a “pocket” brief  until the issue is “ripe” for adjudication. When, in the context of an argument, the judge asks, “Counsel, do you have any authority on that?” “As a matter of fact,” you say, “we do!”

Three additional points about motions in limine. First, lawyers have greatly overused them; some judges consider such motions to be an irritant. Be wary of this and save them for issues that really merit advance consideration by the judge. Then brief these issues well–don’t just assume because you raise an issue and cite an evidence code section that you’ll prevail. It’s vastly better to select a very few key evidence issues and brief each thoroughly, than to file a motion on every anticipated shard of evidence. If the issue doesn’t merit serious briefing, it probably doesn’t merit a motion.

Second, it is an absolute waste of everybody’s time to file “obvious” motions, which simply repeat well-established evidence rules. For example, most trial judges and lawyers know about the prohibition of evidence of insurance coverage. Why waste paper and time making a motion on such an obvious point.

Third, most jurisdictions require parties to “meet and confer” before filing motions in limine to see if the issue can be resolved among the lawyers. Even if you are in a jurisdiction that does not have such a rule, there is no reason not to meet and confer and try to resolve the issue before you spend your client’s money needlessly.

Both motions in limine and trial briefs can significantly impact the outcome of a trial. By resolving evidentiary issues that the jury never needs to know about, or educating the judge about how she should rule on important legal issues, these documents can effectively shape how a case is tried. Don’t be afraid to use these tools, but use them wisely and strategically. 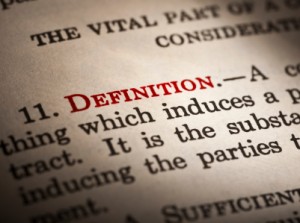 One of my great pleasures in raising my daughter is watching her encounter and struggle to make sense of the inherent ambiguities of our language. Puns are a particular favorite. She first learns to draw a picture. Then her mother suggests she’s going to draw her a bath. She gets into bed and draws up the covers. We have yet to draw a conclusion, but that’s coming. Whenever we encounter a word with multiple meanings, it is a simple matter to draw her attention back (pun intended) to the d-word.

I am not a poet, but I do delight in the elusive, liquid ambiguity inherent in language. Except, that is, when drafting (and hoping a jury will understand and follow) jury instructions. Then the indeterminate nature of our language can become an obstacle. An obstacle to understanding. An obstacle to winning.

A great example occurs when we ask jurors to apply a “reasonableness” standard. Was a driver’s operation of his vehicle reasonable? Did the doctor act reasonably when he did not order a particular diagnostic procedure? Was it reasonable for the insurance carrier to deny coverage based on the information available to it?

Whatever issues scholars raise about the “reasonableness” standard, I’m speaking now only about the difficulty in getting jurors to understand and apply such a term in deciding the outcome of my client’s case. And, because I am, yes, a lawyer, by “understand” I mean to know and use the term in a way that guarantees a verdict in my client’s favor.†

Rick Friedman and Patrick Malone, have dealt with precisely this challenge in their popular book, Rules of the Road. Of course they describe the problem far better than I do:

“For the jury, we need to define ‘reasonably prudent doctor’ and ‘reasonable basis’  . . . and all other ‘reasonables’ . . . too. We cannot let jurors make up their own definitions.” (p.15)*

But, without guidance, we know jurors will absolutely make up their own definitions. And, as Messrs. Friedman and Malone point out, they’re not likely to get this guidance from the judge or other jury instructions. It’s up to the trial lawyers to teach the jury about the meaning of reasonableness, so they’re prepared to apply the otherwise nebulous standard to the evidence of the case.

How to do this? As you can imagine from a book subtitled, “A Plaintiff Lawyer’s Guide to Proving Liability,” their methodology is presented 100% from the plaintiff’s perspective. But that doesn’t dilute the quality of their solution to the problem for a lawyer representing either a plaintiff or a defendant. Essentially, the lawyer formulates a set of “rules of the road” which are guiding principles for the conduct of a reasonable actor (i.e., doctor, insurance company, driver). By developing these “rules,” and then establishing that the defendant did not do some or all of them, it becomes possible to educate and persuade the jury to find in the plaintiff’s favor on the ultimate question whether the defendant was unreasonable and, thus, liable.

As the authors point out, the “rules of the road” for a particular case can derive from several sources, including statutes, case-law, textbooks, industry standards, articles, expert opinion and contract provisions. The most comprehensive example given in the book of a set of “rules of the road” involves the standards and principles an insurance company should adhere to when handling a claim. Here are some they list:

“4. Company must conduct a full, fair, and prompt investigation of the claim at its own expense.

5. Company must fully, fairly, and promptly evaluate and adjust the claim.

7. Company may not deny a claim or any part of a claim based upon insufficient information, speculation or biased information.

11. Company must give claimant written update on status of claim every thirty days, including a description of what is needed to finalize the claim.” (pp.16-17)

During opening statement and expert testimony, the jury learns that these principles are valid and accepted standards for an insurance company to follow when handling a claim presented by an insured. The evidence is then framed so that it is easy for jurors to see how the standards were not met. (Conversely, for the defendant, that the standard was met.) If, for example, a claims adjuster is not prompt in evaluating a claim, and does not provide regularly written updates on the status of the claim, he has violated two of the “rules of the road” for insurance claims handling. If the evidence establishes the insurer did not have sufficient information on which to base its denial of coverage, there’s another rule broken.

In closing argument, in discussing the ultimate question, i.e., whether the insurance carrier was reasonable in its handling of the plaintiff’s claim, it becomes much easier to educate the jury how, given the accepted claims handling standards they’ve heard so much about, the carrier was most certainly not reasonable and a verdict in plaintiff’s favor against the company is appropriate.

I recognize this is unfairly reductive. It is not reasonable or even possible in a 900 word blog post to do justice to a 300+ page book. But this is the goal of the book, providing a framework for trial lawyers to break down complex or undefined terms, like “reasonable” into concepts that readily guide a trier of fact into returning a favorable verdict. I plan to do a follow-up post in the future which discusses the authors’ criteria for developing “rules of the road” which apply to a particular defendant or case. Until then, stay in your lane!

†Yes, I do know there are no guarantees.

*All citations are to the second edition.