Demystifying The Notion Of A “Mediator’s Proposal” 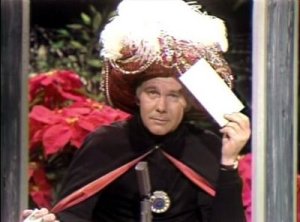 Every lawyer whose practice includes mediating civil cases is bound at some point to come face to face with the concept of a “mediator’s Proposal,” also called a “mediator’s number.”

Here’s what happens: the parties have been mediating several hours or all day and they’ve reached a stalemate. For sake of example, let’s say that the plaintiff in an employment dispute has reduced her demand to $250,000, but signaled she does not intend to negotiate further without some radical movement by the defendant. At the same time, the defendant employer’s counsel has told the mediator they do not intend to come above $150,000.

At this juncture, the mediator could adjourn the mediation, particularly if she feels the parties have been negotiating in good faith and there are legitimate, insurmountable obstacles to settlement. However, if the mediator believes both sides genuinely would like to resolve the dispute, but just can’t reach a consensus, even after considerable arm-twisting, she may offer to give a “mediator’s number” as a theoretical last-ditch attempt to reach a settlement. (I say theoretical here because most hard-working mediators will continue the process even after the mediation session has adjourned through telephone calls to the lawyers and/or corporate representatives for both sides.)

The mediator meets together with all counsel, but not the parties or corporate representatives. She gives the parties a number at which she thinks the case should settle, recognizing it is going to be less than the plaintiff demands, but more than the defendant is presently willing to offer. In the hypothetical above, the mediator might give $210,000 as her “mediator’s number.” The attorneys consider the number and either recommend to their client that they take or reject the number. Any party that is willing to accept the number advises the mediator confidentially. In this way, if only one side is willing to accept the offer, the other side is not made aware of this fact, which would surely jeopardize the willing party’s ability to credibly negotiate for a more favorable number at some later time. However, if both (all) parties confidentially accept the “mediator’s number,” she advises counsel and a settlement is reached.

I’ve heard of another version of this, in which each party confidentially tells the mediator his/her/its “bottom line” number. If the parties are within a previously agreed upon percentage or dollar amount, the mediator then discloses this spread as a “bracket” and urges the parties to find a meeting place.

I’ve never had a dispute in which the mediator gave a “mediator’s proposal” and the case did not ultimately settle at or near that number. But that doesn’t mean a “mediator’s number” is a good idea in every case. First, if you get a clear impression that the mediator is not completely impartial, then you might get a number that is skewed in favor of your opponent. It’s not always easy to tell if the mediator is biased, since part of her job is to “sit on” both sides in order to get them to come to the table. What you might interpret as evidence of bias might actually be a mediator doing a damn good job.

Second, if you and/or your client are truly entrenched in your position, and you really do not want to pay much more than you’ve offered, a “mediator’s number” could have the adverse effect of giving your opposition some undeserved false hope that her case is worth more than it reasonably should be. Until proven otherwise, I generally expect neutrals, both mediators and arbitrators, to “split the baby” in every instance. Thus, in my example above, I think it is much more likely that the mediator will conjure a number somewhere in the middle between the parties’ respective positions, than that she would give a number that is especially favorable to the defense–even if she thinks the plaintiff’s case stinks. Remember, the mediator’s job is to get the case settled, not make sure the settlement is appropriate to the facts of the case.

Finally, the possibility of a “mediator’s proposal” illustrates a larger point concerning mediation. Just as attorneys come in varying sizes, shapes and skill sets, so do mediators. It pays to be picky when selecting your mediator. Do your homework. This does not mean holding out for a mediator that is bound to be on your side. On the contrary, it can be much more important to have a mediator whose opinions your opponent (and her client) are likely to credit. But you should hold out for someone you reasonably expect will work hard to settle the case.

I am an AV-Preeminent rated trial lawyer. My practice focuses on helping companies throughout Southern California resolve employment and business disputes. The words in this blog are mine alone, and do not reflect the views of the Dykema law firm or its clients. Also, these words are not intended to constitute legal advice, and reading or commenting on this blog does not create attorney-client relationship. Reach me at acraigie@dykema.com. END_OF_DOCUMENT_TOKEN_TO_BE_REPLACED
This entry was posted on Thursday, May 9th, 2013 at 6:00 am and tagged with attorney, Lawyer, mediation, mediator, mediator's number, mediator's proposal, negotiation, settlement negotiation and posted in Alternative Dispute Resolution, Negotiation, The Craft of Lawyering. You can follow any responses to this entry through the RSS 2.0 feed.
« If You’re Going to Blog, Skip The Gimmicks
Want To Lose Your Trial? Be Late And Keep A Jury Waiting »